Leader:
Spiderstar: Golden male leopard. On the outside, he is vain and judgmental.  He does not speak to anyone he believes is "below standard" and speaks rudely to other leopards often. He spends most of his time primping his fur and complaining when it is out of order. However, on the inside, he is a gentle non-social leopard who doesn't know how to approach other leopards, and resorts to hissing words at them to keep them away. He wants to help the leopards being picked on - even loners - but doesn't want the other leopards to hate him. Parents are Duskstar and Ravensong. Lives Left: 8. (Male)


Deputy:
Wolfear: White female leopard. Wolfear honestly would rather peace but she loves to fight as well. Though this leopard has promised that she would never kill if it could be avoided.  Parents are Duskstar and Daisyheart, Littermate to Birdcub, Iceclaw, Bluefoot, Hurricanepaw, and Timberpaw. (Female)


Medicine Leopard(s):
Darkclaw: Dark golden female leopard with a white underbelly. She is mean and grumpy. If you try to get to know her, she can be caring and sweet. She is very brave and loyal. She will fight to the death for her friends. She also has an emotional side. Parents are Duskstar and Poplarcloud, Littermate to Frostfur and Runningtail. (Female)
Hurricanepaw: White female leopard. Hurricanepaw prefers to keep to herself, spending most of her time alone or with a good friend. She enjoys nature and can often be found outside studying the veins of a leaf or watching a butterfly flutter by. Hurricanepaw often takes catnaps at sunhigh and around lunchtime -- when she eats a few frogs and fish at midday. When she's feeling very daring or angry, she'll climb a high tree and shout random things at the leopards in the other prides. Parents are Duskstar and Daisyheart, Littermate to Birdcub, Iceclaw, Bluefoot, Wolfpaw, and Timberstar. Mentor is Darkclaw. (Female)
_________________ 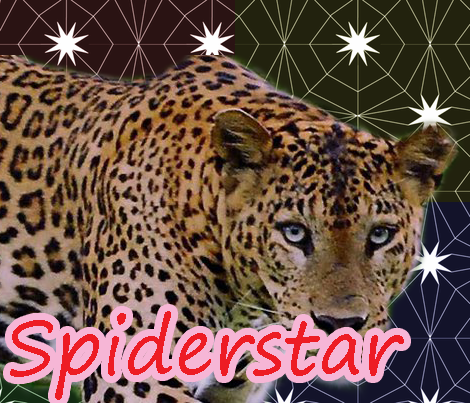