Deputy:
Mouseheart: Dark brown tabby tom. He is scared of thunder, and he isn't as fast as other cats. He also gets ahead of himself often. Mate to Sandflower. (Tom)

Medicine Cat(s):
Ebonypelt: Pale gray tom. Depending on which Clan you come from, Ebonypelt is a deeply caring cat who wants those around him (in FrostClan) to be happy, healthy and fed. However, a seam of hate runs deep within him to the other Clans. He, although a sweet, slightly submissive cat to Clanmates, loathes the other five Clans and wishes nothing more than to see them grovel. Parent is Embercloud. (Tom)
Berrypaw: Cream colored she-cat. Berrypaw isn't the typical "bad" character you would see around. She actually has more of a softer side when she's alone or with close friends. But usually she hides it when she is surrounded by cats who she has not personally dubbed as friends. Parents are Violetfrost and Soulnose, Littermate to Hazelpaw, Mothpaw, Volepaw, Mosspaw, and Kestrelpaw. Mentor is Ebonypelt. (She-Cat)
_________________ 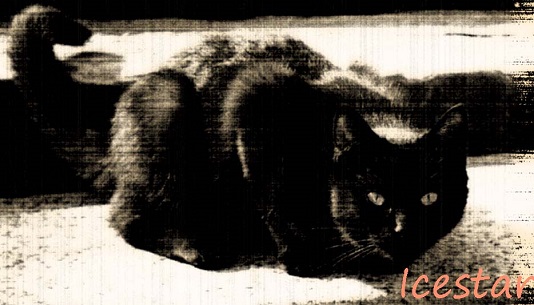