Elders:
Flamestripe: Light gray tabby tom. Flamestripe has never said a word since he was born. Not one sound. Not one word. He seems able to understand everyone else, but he has not once said a word in the entirety of his training or life as a warrior. (Tom)
Smallsun: Faintly striped gray tom. Smallsun's eyes are bright and almost never darkened by sadness or anger. He is an optimistic little cat who loves to make cats happy. Smallsun is very proud of himself and will rub it in your face when he does something better than you. He is very caring to those who need help. (Tom)
Greenlily: Long-pelted calico tom. A serious lack of friends within the clan, but Greenlily doesn't care. Not much bothers him and he has no problem ratting out cats who have done something wrong. (Tom)
Sunstorm: Dappled tortoiseshell she-cat. Sunstorm is a slightly vain she-cat, she can be disdainful, well, replace can be with is. Sunstorm is proud and shows off slightly, but not often. (She-Cat)
Bramblewhisker: Thick-pelted white tom with blue eyes. His outlook on life is more of the glass half empty then it is the glass half full. Though in has past there really was no particular reason of to why he would have such an outlook on life. (Tom)
Whitepelt: Big white tom. Whitepelt has great loyalty, but instead of loyalty to someone, he thinks that loyalty is served best when you're loyal to do what's right. Mate to Blossomheart. (Tom)
Runningfire: Dark red tabby tom. Runningfire has always been a dreamer, even in his older age. He prefers to dream, and to dream he needs to sleep. But, he's not lazy, and loves running out in the rocks and hunting. He's pretty fast, too, he makes good use of his short legs, and teases himself about his short legs. He's a joker, making jokes when they appear, and he loves to make his friends laugh. He's very carefree, and always willing to lend a helping paw. Mate to Darkbelly. (Tom)
Pinestorm: Silver and white tom. Pinestorm is actually quite aggressive, but usually calm. A strange combination. He is often ruthless, and won't hesitate to rake his claws across another cat's flank in battle. Mate to Bramblestorm. (Tom)
Crookedpool: Spotted golden she-cat. When in a large group of cats, Crookedpool is shy and prefers to stay in the background. She is easily startled and gets nervous easily as well, however, she's gotten good at hiding it. With just one of two cats, though, Crookedpool is polite and charming. She is still quiet though, as well as thoughtful and caring. She is honest and loyal to the end once you have earned her trust and friendship. Parents are Whitepelt and Blossomheart, Littermate to Chillfeather, Quartzfur, Drizzletail, Aspenfire, and Fidgetstorm. (She-Cat)
Birchface: Jet black tom with hidden spots across his pelt. Birchface can be a fierce, mean cat, though, when in battle, or dealing with an enemy. During that time, don't cross his path unless you want your ears clawed. Mate to Whitestorm. (Tom)
Icewhisker: Short-haired ginger tom with black patches on his body. Is a bit of a bumbling cat, runs into trouble and often creates it. Formally a LionClan cat. Mate to Eagleclaw. (Tom)
Hawktail: Sleek gray tom. Aggressive, but he can be really caring and nice if you’re one of his close friends. Mate to Heartsplash. (Tom)
Brownclaw: Silver ticked tabby she-cat.  Prideful, arrogant, and reckless. A unique sense of kindness, meaning she's nice in a strange way. Overall, she's a bitter she-cat with her rare nice moments. Mate to Firefeather. (She-Cat)
_________________ 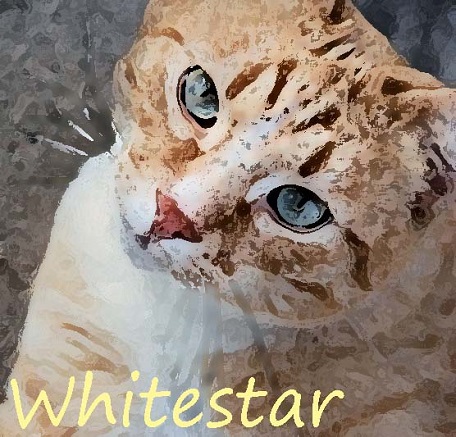