Senior Warriors:
Sparrowflight: Sparrowflight is an elegant-looking she-cat with very long, mottled fur. She's a natural born leader, and questions everything she sees. Though kind-hearted, she has had very bad experiences with toms and doubts she will ever have a mate. She's fantastic and unpredictable in battle, as she has no real style, but rather picking and chosing random moves that might work, or might not. Mostly, they do. She thinks hunting is rather mundane, and loves to spice it up with a game or two. (She-Cat)
Midnightwhisker: Black and white tom. Midnightwhisker is very brave and outgoing, and stands up to other cats quite often. He thinks that one day he would be leader and will do his level best to make it happen. He respects the other cats though and is very serious about the warrior code. Parents are Icewhisker and Spottedlegs, Littermate to Swallowfeather. Mate to Wildear. (Tom)
Yellowpelt: Ruddy-colored tom with ginger and brown through his thick pelt. Yellowpelt is loyal and very trust-worthy. He has his boiling points at times, but manages to cool himself down before he can go snapping off at anyone that comes into sight. As mentioned, Yellowpelt is very trust-worthy. If he is told something he makes sure not to tell anyone, he isn't one to go blabbing his mouth to anyone that comes around. He knows when he has to be serious and definitely knows when it's time to stand up for himself. Yellowpelt is normally the patient type and it takes a lot to get him riled up. Mate to Wetoak. (Tom)
Littlerain: Tiny greyish cat with black patches, one of which almost looks like an oak leaf. Bright green eyes. Littlerain is actually quite a depressing tom. Usually, he would be outside, moping around. He isn't actually really sad about something. That's just the way he is. He is also anti-social. If anyone tries to come and talk to him, he will just either A) Make up a lame excuse, which this is the one he rarely uses. Or, the easiest, and the most used, B) Run away from them. Parents are Charredfeather and Eaglefeather. Littermate to Briarhawk, Lightfur, Silverdaisy, Volepoppy and Freshstorm. Mate to Rabbitkick. (Tom)
Lightfur: Fluffy reddish cat with a flash of white across his chest, one white paw and a white tail tip. Dark green eyes. Lightfur's personality is difficult to understand. He has many friends, almost all of them being inside LynxClan (of course) and has a very friendly personality within his clan. At gatherings, he tends to avoid the other clans as much as he possibly can, as he is a very shy cat when it comes to cats he doesn't know. Parents are Charredfeather and Eaglefeather. Littermate to Littlerain, Briarhawk, Silverdaisy, Volepoppy and Freshstorm. Mate to Brightflower. (Tom)
Freshstorm: Completely black cat, save for a few reddish patches along the base of his spine. These are faded and seem to have dull stripes across them. He has eyes that are somewhere between green and amber. Freshstorm is stubborn, difficult to handle. But that is only because he is generous, willing to give and share. He is quiet, though will speak if she feels like it. At times he cares what others think of him, but sometimes he doesn't - it depends on who it is. He likes some alone time once in a while and loves climbing trees. Parents are Charredfeather and Eaglefeather. Littermate to Littlerain, Lightfur, Silverdaisy, Volepoppy and Briarhawk.  Mate to Echoeye. (Tom)
Fernbelly: Pale gray she-cat. Absolutely fearless and vicious in battle. When back in camp, kind, friendly, and sweet to every cat within the clan. Mate to Fogstorm. (She-Cat)
Shellpelt: Dappled gray tom. Shellpelt has a mysterious personality. He lacks in communication at Gatherings, because he has grown to trust only his clanmates, and stays by their sides. Shellpelt is great fun to have around. Parents are Sandstep and Owlflower, Littermate to Mudheart, Otterfern, and Lilyface. Mate to Silverdaisy. (Tom)
Mudheart: Long-haired light brown tom. Mudheart is a very quiet, calm cat. He is always attentive, and almost never gets in trouble. He stands up for what he believes in, but never goes too far with it. He is shy and cautious, but can be very friendly and kind with other cats. Parents are Sandstep and Owlflower, Littermate to Shellpelt, Otterfern, and Lilyface. Mate to Volepoppy. (Tom)
Otterfern: White and pale ginger tom. Otterfern is very calm and cares for all the cats in his Clan. He would never want to see any cat die if he could help it. Parents are Sandstep and Owlflower, Littermate to Shellpelt, Mudheart, and Lilyface. Mate to Lichenfall. (Tom) 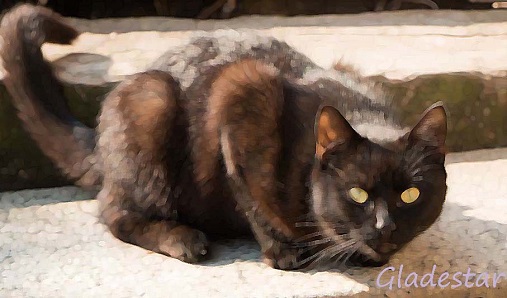