Elders:
Willowfur: Light golden female leopard. Flirty, charismatic, tough, some leopards would call her sexy for her looks and personality. (Female)
Redstorm: Bright golden female leopard. She is mean and grumpy. If you try to get to know her, she can be caring and sweet. She is very brave and loyal. She will fight to the death for her friends. She also has an emotional side.  (Female)
Featherflight: Light shaded female snow leopard. Featherflight is an extremely sweet leopard, always excited to help others and never judging them by their past. She is usually nice-tempered and lively, but she can be a bit sarcastic, stubborn, and devious. (Female)
Dolphinsoul: Golden female leopard. Dolphinsoul is a very vigilant leopard, she is always on the lookout for things that seem out of place. Dolphinsoul is also quite snobby. She believes that she is better than most and because of that, she seems to get in more trouble than she ought to. Dolphinsoul is very blunt and probably won't say much. However, her words say more than she could ever hope they would. Usually she was harsh words, but Dolphinsoul believes that everyone needs to be strong if they want to survive in this harsh world. (Female)
Opalsand: Bright golden female leopard. This leopard is pretty prideful, and likes to show who's boss by ordering leopards around with a loud voice. Very few earn her respect and trust, so it's hard to get to her heart. Parents are Thornstar and Ivyfrost, Littermate to Dustyfur, Dogpelt, and Clovefur. (Female)
Ivyfrost: Dark golden female leopard. Very protective and brave. Loves to explore and is very curious. Would give her life to save even just one leopard even if she didn't like them. (Female)
_________________ 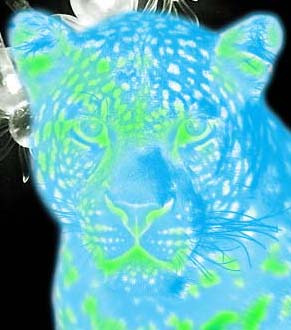