Queens and Kits of LionClan

Queens and Kits of LionClan

Queens:
Mapleflight: Chocolate brown longhair she-cat with white maw, blaze, paws, and chest/belly. Mapleflight dosen't get angry easily, or at least she dosen't show it. She plots, though, and is quite cunning. She thirsts for bloodshed, and one of her biggest weaknesses is that she rushes into battle quickly. She plans battle strategies in the battlefield, and makes hollow promises and empty friendships. Her Clanmates don't know that though. On the outside, she acts friendly and charming. Blue-green eyes. Parent is Rainpath, littermate to Flowerfur and Kindlenose. (She-Cat)
Flowerfur: Short silver tabby with black stripes. Round face and rounder ears then most cats. She is a bit smaller then normal or what the twolegs would call a "runt". Deep green eyes. Flowerfur is a kind-hearted, sweet, gentle cat. She is brave and stronger then even some of the strongest toms. Although she has great strength, she dislikes bloodshed, so she only fights when her friends or clanmates are in danger. She is very loyal and trustworthy. Parent is Rainpath, littermate to Mapleflight and Kindlenose. Mate to Rowanstar. (She-Cat)
Ebonyclaw: Black she-cat with hidden spots throughout her pelt. Ebonyclaw is everyone's best friend. She is active, funny, and caring. When cats are asked to describe her, the word they use most often is "perfect." Because of this, Ebonyclaw is often asked to do many favors by those in the camp, and she somehow can't refuse them. She's sure that one of these days she's going to snap, but she still has a lot of time. Ebonyclaw has trouble sleeping at night and has frequent nightmares. She puts up with a lot from others, but once you get on her bad side, you'll know. Parent is Swiftstar. (She-Cat)
Roseleaf: Dark cream she-cat. Roseleaf is normally a kind, trustworthy cat. Formally a SnakeClan cat. Mate to Rainpath. (She-Cat)
Lionpelt: Gray she-cat with blue tinged fur and bright blue eyes. When she is bored, Lionpelt will go out hunting. She will usually eat it before she gets back because she figures warriors are smart enough to at least notice when a piece of prey has two dozen bites and claw marks in it. If cats saw what her mind was like, they might say shes evil. She says she isn't evil, she is just smart. (She-Cat)
Owlfern: Thick-pelted gray tabby she-cat with bright green eyes. Owlfern has a good personality, although she does get moody from time to time. She is kind and caring. (She-Cat)
Creektail: Silver tabby she-cat with white paws and light green eyes. Creektail is an average cat, defending her Clan and catching prey. Because of her 'normal life', she is eager to take part in patrols so she can have a bit of excitement. She strives to be the best Warrior she can be, catching more prey than she needs to, making sure borders are safe every morning, things like that. When she isn't trying to help her Clan, Creektail is practicing battle skills. Parents are Hawkpelt and Featherpool, Littermate to Skybreeze, Falconpaw, and Polarkit. Mate to Tigermist. (She-Cat)
Tigerprowl: Big dark brown tabby she-cat. Tigerprowl is a very kind cat who cares for the well being of others. Parents are Firecloud and Mudpelt, Littermate to Barkeye, Loudyowl, and Seaberry. Mate to Berrywhisker. (She-Cat)
Lilacflight: Small cream she-cat. There's not really much to Lilacflight. She eats, she sleeps, she plays, she dreams, just like all cats. Parents are Thornear and Poppystorm, Littermate to Ivykit, Maplecloud, Aquafire, Hazelclaw, and Moonleg. (She-Cat)
Maplecloud: Long-haired tortoiseshell she-cat. Maplecloud is fiercely loyal to her clan and hostile to trespassers. The warrior code is her law and she won't break it unless it is the only way for her to survive. Even then she will try to find someway to get out of whatever she got herself into before she breaks warrior code. Maplecloud is a careful and a good hunter. She talks to members of her clan only unless she is at a gathering. If you want a friend who will look out for you always, make friends with Maplepaw. Parents are Thornear and Poppystorm, Littermate to Ivykit, Lilacflight, Aquafire, Hazelclaw, and Moonleg. Mate to Kinktail. (She-Cat)
Mothfur: Medium-pelted calico she-cat. Mothfur is fierce and loves to bite things. She is strong-willed and will put up a fight to get what she wants. Parents are Runningstep and Fuzzyfoot. Mate to Bronzeheart. (She-Cat) 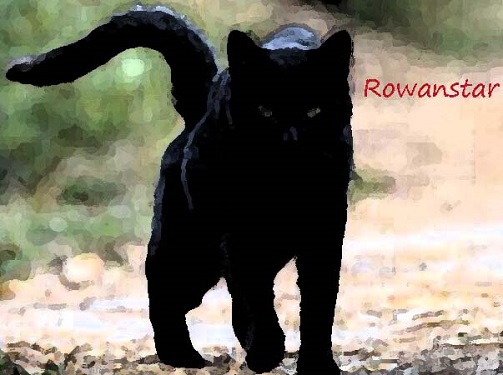