Senior Warriors:
Halfwillow: Mottled brown and ginger tom. He is a lonely and quiet tom. His temper isn't bad at all. When sad he tends to be even more lonely. Halfwillow's personality sometimes changes. Like when he is all sad, he may become all happy and excited all of a sudden. When angry he can become hostile towards others. (Tom)
Paleheart: Dark brown tabby tom. Paleheart is independent and loves knowing that he can take care of himself and those he cares about. Sometimes he distances himself from cats because he doesn't want to get hurt, but a few persistence cats have made their way through the wall around his heart and become cherished friends to him. Paleheart has a strong since of social justice and does not take things laying down. He will not tolerate anything he perceives as an injustice and isn't afraid to speak his mind. To unknowing cats, he comes off as abrasive and maybe even a little snobbish, but get to know him and he is as gentle as a kitten. Many cats stay away from Paleheart and have a generally unpleasant opinion of him, or not one at all. (Tom)
Ebonystream: Cream and gray tom. Ebonystream is calm and quiet, usually agreeing with his peers to avoid trouble or fights. (Tom)
Silentcloud: Pale gray she-cat with darker flecks. Silentcloud is a kind she-cat, and never starts a fight. She is playful and graceful, always ready for anything. She is brave, and a little ambitious, but to serve her Clan. (She-Cat)
Lilywhisker: Black she-cat. Lilywhisker is the kind of cat that is never serious. She is playful and sarcastic, and teases every cat. She is hyper and runs around, never slowing to a walk. Lilywhisker is clumsy, however, and never stays on her paws very long. (She-Cat)
Coppershadow: Ginger tom. There's a lot of corners to the many edged tom, most of which are sharp and will probably leave you wounded and confused. (Tom)
Hawkwhisker: Pale gray tom. First and foremost, Hawkwhisker is a free spirit who doesn't like to be contained. If he is, he makes his unhappiness known by lashing out. Although a peaceful cat at heart, he will use his claws if need be. Second, Hawkwhisker is a heartbreaker. He's sweet and flirty, but would never commit himself to anyone. Parent is Silentcloud, Littermate to Fawnshade. (Tom) 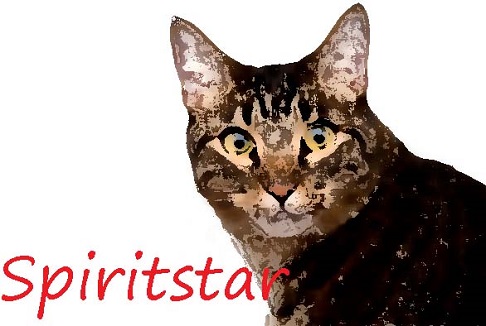