Elders:
Lizardtail: Big dark brown tabby tom. Lizardtail isn't the bravest of ThunderClan cats - he likes to think he is, but really - he can be a squishy lump of fur when fear strikes him. (Tom)
Shimmeringear: Gray tom. Shimmeringear is kind. He is loyal. He is brave. He does what he thinks is right. (Tom)
Visionpelt: Small black and white tom. This tuxedo warrior is very thoughtful and is fiercely loyal. He thinks a lot, trying to focus on the bigger picture of the world, and tries to solve mysteries that still confuse other cats. Sometimes he can be outgoing, and willing to talk to other cats, but most of the time this cat is very silent and waits for others to speak to him first. Visionpelt also wishes that he could make a difference in his life in ThunderClan. (Tom)
Mooneye: Pale gray she-cat. Mooneye is a bit defiant and headstrong, and doesn't like it when any cat tries to baby her. (She-Cat)
Shadowtail: Tortoiseshell she-cat. A sweet she-cat with a daring spirt. She'll never back down from a chanllenge. (She-Cat)
Goldstripe: Sleek black and gray tabby tom. Goldstripe is very adventurous and heroic. His greatest fear is losing his friends, and he is amazingly loyal. He would easily sacrifice himself for his friends or Clan. Goldstripe is ambitious though, and dreams to be leader one day. (Tom)
Fernstorm: White torbie tom with a thick fluffy tail. Fernstorm is a very independent cat, he likes to do things himself. Fernstorm is very stubborn and doesn't like to get help from other cats. He only likes help if he's very close to the other cat. He has a more of a serious personality and  doesn't like kits that munch, because he believes they are annoying. He is normally pretty lazy, and likes to sit alone. Fernstorm can get a bit sassy sometimes, but he prefers to turn away and stick his nose into the air with a loud "Hmph!". Mate to Maplestorm. (Tom)
Shiverfang: White she-cat with charcoal markings down her back and on top of her head. Shiverfang isn't eactly a boisterous, loud cat, but she can get overbearing - liking to voice her opinions quiet often. She isn't exactly easygoing, and is easy to tick off. Shiverfang's favorite season is leafbare, much that her name hints to. (She-Cat)
Snowmouse: Dark gray she-cat. She's calm and friendly. She is normally chilled out. She is also very brave and confident. She knows how beautiful she is and uses it to her advantage. (She-Cat)
Lilytail: Silver tabby tom. Lilytail is a sweet cat and can be very friendly although, if you piss him off, you’re in trouble. He hates for cats to push him around and he will stand up for himself if he thinks something is not fair. He is very loyal and cares for his clan; he would do anything to help them. Lilytail can be a great friend to have and he is easy to like and to get to know. He wears his heart on his sleeve and is often caught off guard when someone says something rude to him, although he will be rude right back. You can often tell what he is feeling through his eyes because his eyes are very expressive. Mate to Mistynose. (Tom)
Warblerear: Light gray she-cat. Warblerear is a very nice cat, she believes firmly in the ancestors. Parents are Mossfur and Sharpfall. (She-Cat)
_________________ 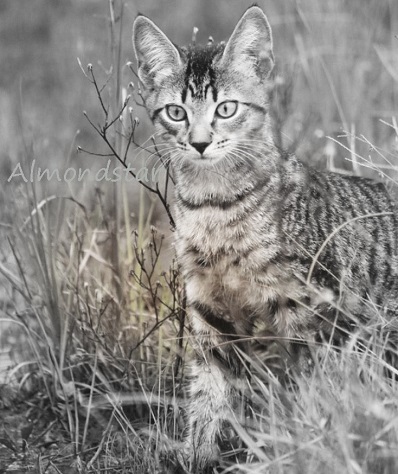