Senior Warriors:
Stormshadow: Black tom. Stormshadow is a little moody at times. The majority of his time is spent in a pleasant, playful mood. Mate to Ivorypetal. (Tom)
Silversnook: Silver tabby tom. Silversnook is an adorkably inquisitive cat who is always sticking his nose in things it sometimes would be better not to. Other cat's feelings, for one. Subtly prying cats open to see what’s wrong, what they need help with is one of his lesser strengths, one that is less-acknowledged. Parents are Stormshadow and Ivorypetal, Littermate to Brightstripe. Mate to Tallpoppy. (Tom)
Brightstripe: White tom with ginger and black patches. Brightstripe is soft-spoken, awkward in public, and insecure. Parents are Stormshadow and Ivorypetal, Littermate to Silversnook. (Tom)
Foxnettle: Gray and white tom. Boasting the emotional range of a teaspoon, Foxnettle doesn't seem to have any particular strong feelings or opinions about anything. Parents are Jasminestar and Lionwater. (Tom)
Clearblossom: Light gray tom. Clearblossom is afraid of being tortured, being captured, being killed, and is constantly paranoid. (Tom)
Grandoak: White tom. He's extremely competitive and hates losing. (Tom)
Ivorypetal: Yellow tabby she-cat. She likes flowers, kind cats, hunting, snow, and her friends. Mate to Stormshadow. (She-Cat)

Warriors:
Ashfoot: Pale gray tom. Socially awkward, short-tempered, sarcastic. (Tom)
Lionblaze: Golden tabby tom. Wary | private | determined | competitive | perfectionist | aims to please. (Tom)
Frecklewish: Mottled light brown tabby she-cat. Frecklewish was initially a non-sociable cat with a very quiet and solitary personality, not wanting to be around the other clanmates and telling some to stay away from her, but as time goes on, she becomes accustomed to their presence and doesn't seem to mind having them around, and soon befriends clanmates. Mate to Shadefrost. (She-Cat)
Dewrose: Brown and cream calico she-cat with blue eyes. Dewrose is a very shy female that like to be alone, she is brave and friendly. She is also quiet and good at stalking. She loves birds. (She-Cat)
Stemleaf: White and orange tom. Apathetic, spiteful, abrasive, aggressive, analytical, cunning. (Tom)
Finchfur: Ginger tabby she-cat. Hopeless romantic, motherly, sweet, caring, insecure, nervous. Parents are Stormshadow and Ivorypetal. Mate to Lionfircone. (She-Cat) 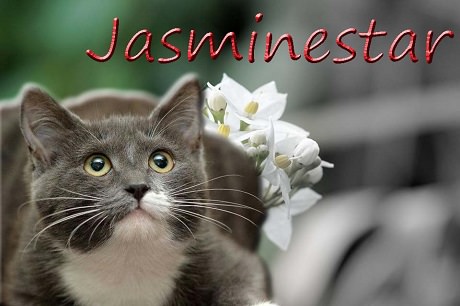