Senior Warriors:
Applefoot: Black tom. Applefoot is a fun loving, free spirit who will always speak his mind. He is extremly stubborn and determined and because of that, his pride is huge. Applefoot doesn't flaunt it though because he is very humble. Mate to Twobird. (Tom)
Lilyfoot: Dark brown tom. He is innocent and vulnerable.  He hasn't been exposed to the knowledge of an "enemy" yet.  Lilyfoot has a strong mind and looks can be deceiving.  He may be innocent and vulnerable, but he is adventurous and brave. Mate to Starpelt. (Tom)
Tigerfrost: Black and white tom. Tigerfrost has a very, murderous personality. He is unknown to others, always on the hunt to cause some trouble and by trouble he means killing. This cat isn't the kind to be giving mercy, heck he could be killing a kit and he wouldn't give a rat's tail! Tigerfrost is also very short-tempered and tends to challenge anyone that gets in his way. Mate to Jaynose. (Tom)
Ravenscar: Brown tom. Ravenscar is a force to be reckoned with. His bad temper and flirtatious attitude always gets him in trouble but he manages to get the ladies, too. Mate to Soulfoot. (Tom)
Dreamclaw: Light brown tabby tom. There's always that little need for revenge that sits in the back of his mind, building up until someone throws him over the edge. Dreamclaw passes himself off as someone who's very calm, cool, and collected, this little cat has a boiling temper that's sure to show if someone pisses him off enough. He usually chooses the physical violence route instead of using his words, seeing that he's not the most quick-witted feline in the forest. In fact, he always embarrasses himself when attempting to tell someone off. Mate to Halfpelt. (Tom)
Spiritfur: Dark gray tom. Simply put, Spiritfur is a perfectionist. Mate to Silentfur. (Tom)
Mousewillow: Mottled brown and ginger tom. He has a bitter personality because of his looks. (Tom)
Nightheart: Dark brown tabby tom. Nightheart doesn't like when his authority is questioned, he is keen to protect his own, but cannot stand when an outsider comes into their midst. (Tom)
Smokebird: Cream and gray tom. When he is happy he is all crazy and hyper, as if he were a 3 moon old kit! Smokebird is an easily get frustrated or sad cat, though. When angry he always shoves everyone away and goes into hiding. He does the same when sad also, but more I would say, emotional. (Tom)
Cleartail: Tortoiseshell she-cat. Cleartail's extremely stubborn, making it easy for her to hold grudges and irritate other DawnClanners. (She-Cat)
Spiritbeetle: Ginger tom. Spiritbeetle is feisty and has an attitude. (Tom)
Aquapelt: Brown tabby she-cat. She likes flowers, kind cats, hunting, snow, and her friends. Parent is Silentfur, Littermate to Foxeye and Skyfoot. (She-Cat) 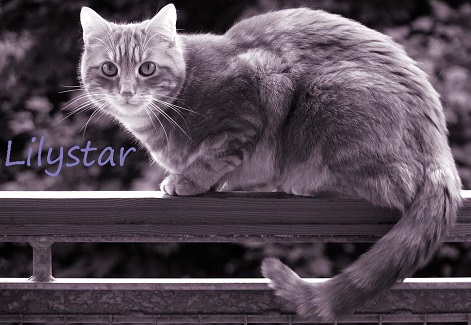