Senior Warriors:
Brightmist: Brown and white pit bull she-dog. Quiet, independent, and loyal. (She-Dog)
Lizardfur: Tan shepherd dog. Lizardfur is a stubborn dog who can be somewhat helpful. He believes that dogs should do whatever they think is right but be prepared that others will disagree with them. Most of the time he won't talk about himself and come off as boring, Lizardfur would rather listen to others and their problems. The shepherd can lose his temper when you push him around, he will usually walk away from you if he doesn't then watch out. Lizardfur likes to spend time with his friends but is too prideful to ask them to stay. (Dog)
Birdwing: Black and tan shepherd she-dog. Prideful, can hold a grudge. (She-Dog)
Sharktail: Tan and white pit bull she-dog. Sharktail is a very kind dog who tries her best to guide those around her in the right direction. She wants the best for all her packmates and even more so to the younger generation. Since she wants them to be ready when it comes their turn to lead the world and pack around them to greatness. Sharktail is also very determined in finding what she likes and making herself happy, she also tries extra hard to make her close friends very happy as well. But she will not pity anyone she seems to always put themselves down, unless they are just a pup. She wants to be happy and learn more about the things around her. (She-Dog)
Storyfoot: Tan pug dog. Brave, kind, determined, and confused. (Dog)

Warriors:
Dreamnose: Brown and white bull terrier dog. He likes going out swimming a lot, since it is one of his favorite things in the world. His pranks are friendly and never does anything dangerous that could hurt one of his packmates, well... besides maybe hurting their feelings on accident. The dog eats, a lot, and tends to get yelled at for eating way to much. Dreamnose aims high, wanting to make his pack one of the best. (Dog)
Wildwing: Blue and white pit bull dog. Social, active, friendly, and a dreamer. (Dog)
Sharkwhisker: Brindle pit bull dog. He's cheerful and mature, but he doesn't stand out much due to the dogs around him. He, himself, admitted that the stronger members in WillowPack surrounding him make him look plain, but he tries his best nonetheless. He is often quiet, however, when angered, he's scary. (Dog)
Mudfur: White and black pit bull she-dog. Cheerful, mature, plain, hard-working. (She-Dog)
Turtlepelt: Brindle pit bull dog. He is that bland background character that no one remembers. Unless you actually take the time to get to know him. (Dog)
Watchfur: Black and white pit bull she-dog. Easygoing | curious | innovative. (She-Dog)
_________________ 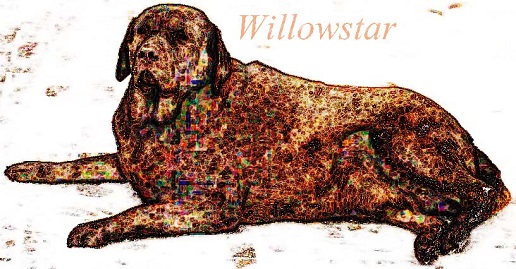