Queens and Kits of DarkClan

Queens and Kits of DarkClan

Queens:
Rippedcloud: Small ginger tabby she-cat. Rippedcloud is a sweet-natured and stubborn headed she-cat that loves her fellow clanmates with fierceness. She loves adventure when she can get it, and tends to push herself into border patrols when she can..secretly hoping for a chance to prove her loyalty to her clan if there is a battle. She is also not a pushover in the least. She will not let you walk all over her and treat her like a kit! She is respectful and obedient to her leaders orders. She also has a tendency to moon over toms for short periods of time. While in battles, she only thinks of her clan and what she can do to keep them safe. Mate to Quailfall. (She-Cat)
Heavyfoot: Ginger she-cat. She's normally quiet, calm, and chilled. But she can be serious when needed. She is ready to help out anybody that needs helping (in her clan). But she can also be cheeky at times. Parents are Darkstar and Rippedcloud, Littermate to Deadstar and Webtail. Mate to Rippleleg. (She-Cat)
Darkfreckle: Black she-cat. Darkfreckle has a two sided personality, which is quite complicated for her to sort out herself. She's not really 'nice' per see, more or less, just 'normal'. She's one of those cats who can get agitated in a blink of an eye, of course, a cat could be missing one by then. She doesn't tolerate stupidity, and criticizes those who she thinks are lower than her. Parents are Deadstar and Squirrelflower, Littermate to Flystorm and Tailpaw. Mate to Bearpelt. (She-Cat) 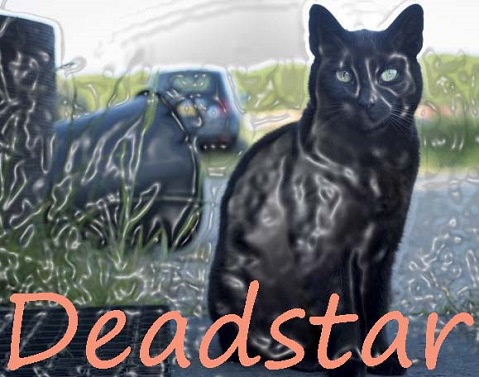