Elders:
Shimmerfoot: Dark gray tabby tom. I am vivacious and outgoing, many are intimidated by my enthusiasm for life in general. I am optimistic and despise responsibilty of any kind. (Tom)
Starear: White tabby tom. Starear is brave and always puts his friends, family, and clan-mates first. (Tom)
Dappledfeather: Dark gray tom. Dappledfeather is a very aggressive, loyal tom. He spends all of his time hunting for his clan, and on border patrols. He doesn't interact with his clan much, but he would still risk his life for any of them. He can be very gentle, and soft sometimes. (Tom)
Firewhisker: Light brown tabby tom. Firewhisker is extremely protective of his clan and all kits- even if they are kittypets. He is very patient, and gets easily scared. Its very easy to upset him if something doesn't go the way he planned. Mate to Skycloud. (Tom)
Skyflight: Mottled gray tom. Skyflight has a serious nature to him, and is easily offended. (Tom)
Ocelotfur: Ginger tom with white paws. Ocelotfur can be easily annoyed; although he is very kind, at least to his Clanmates. And loves to make a new friend that understands him, the way he is. He sometimes is too violent, but he can be more peaceful in a minute or so. He is working as hard as he can to act like a leader, so in the future, he may lead BurningClan the way he desires. Ocelotfur also brags a lot about himself, but most are just lies. He is very shy, nor talkative. Ocelotfur also gets bored very easily, because not many cats are his friends in BurningClan. He is sometimes solitary when mad. Mate to Mistytail. (Tom)
Cougartail: Dark brown tabby tom. Cougartail is loving and caring, but can be the fiercest fighter if you anger him. However, he has more patience than a rock and angering him isn't very easy. Cougartail is very protective and brave, and would do nearly anything for the ones he loves. He is very loyal as well, and always puts the needs of others before his. He loves kits and likes to help care for them. He is almost never bossy, but when he is, its for a good reason. Mate to Falcontail. (Tom)
_________________
Skies of No Stars: Dawnstar
StarPride: Jaystar
BurningClan: Quietstar 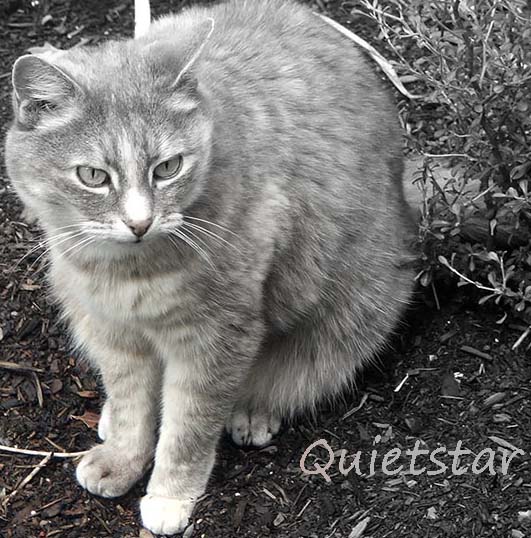