Senior Warriors:
Grayclaw: Orange male tiger. Grayclaw feels very out-of-place in StonePride. He loves to run, and does it whenever he can. Apart from being a little too outspoken in his opinion, Grayclaw makes a great friend and/or confident. He can keep a secret, but not very well, and will drop hints to everyone about it. He is a jokester, and isn't very good at concentrating. He is loyal to the end however, at least as far as hunting and fighting goes. (Male)
Twilightfall: Orange male tiger. To know my personality, there's one vital thing you need to know about me- I have a photographic memory. That means I have a perfect memory. It doesn't work how you would expect though- I don't just go hunting and remember that I went hunting. I remember exactly how it felt to hunt, the feel of the grass beneath my paws, the scents in the air- and I relive it, day after day. (Male)
Lightningnose: Orange male tiger. A very patient and organized tiger, most call him "A cut above the normal tiger." He is rather humble as well and pushes aside most compliments, although he will gladly accept them. (Male)
Scorchtail: Orange female tiger. Scorchtail is arrogant, prideful, and skillful. (Female)
Darkwhisker: Orange male tiger. Grouchy, rough and even a bit harsh, Darkwhisker doesn't like to beat around the bush when he disagrees with you. He'll tell you exactly what he thinks of you, and can back his word with tooth and claw. Impatient and short-fused, he tends to become irritated very quickly and then his sharp tongue starts going. For all his harshness, Darkwhisker is actually quite honorable. Loyalty and honor are very, very important to him. He protects those who are helpless with might and bravery. (Male)
Wildheart: Orange female tiger. She is shy, and loves to hunt. (Female) 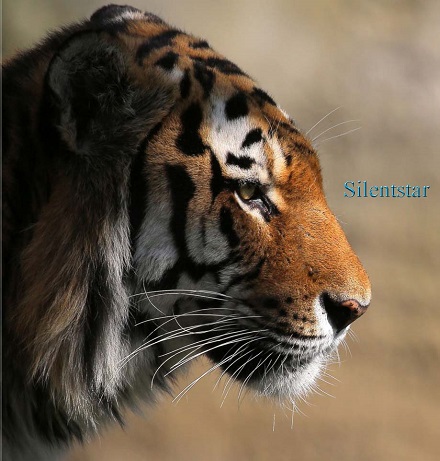 Personality: Sweets smiles and even sweeter words, if you were to base an opinion on Wasptail without ever meeting her prior, the individual you created might be a little skew-whiff in comparison to the harsher realities. But this is how Wasptail has learned to form fake trust bonds and manipulate tigers into bending to her will. By being this faux empathetic and soft-spoken individual the prey in which Wasptail has targeted is lulled into a false sense of camaraderie that Wasptail takes some degree of pleasure in promptly breaking in various ways.

Personality: Will not attack without reason.