Elders:
Floodheart: Dark gray tom. Floodheart is a angry, fierce, but bubbly, tom with a kind heart. (Tom)
Silverpoppy: Light brown tabby. Silverpoppy is a soft, gentle cat, with enough compassion for a whole Clan. She tends to give in most of the time, but don't think she's a pushover. She'll stand up for what's right in her opinion. Silverpoppy is also very sensitive to comments about herself. When she hears anything insulting to herself, she'll come to you and give you a scolding, which given her ability and wisdom, can make you scared. (She-Cat)
Droptail: Dark brown tabby tom. Droptail is a very kind tom that would take any injured cat under his care. He can be very strict with another cat if he needed to. He could sometimes be caught in a bad mood if he fails on saving another's life. (Tom)
Wolfwater: White she-cat. Wolfwater is not easily annoyed but if you hurt someone she loves (probably her whole clan) she'll be easily angered at that cat, but she is very kind and caring. She loves to fight whenever she can yet he does want peace for the whole of the clan, meaning she'd follow the Warrior Code to her dying breath. She's loyal to the end and she'd rather have the world to hear what she has to say. (She-Cat)
Sablefur: Small brown tom. Sablefur is a rather unpredictable cat.  Sometimes he may seem friendly and outgoing, other times he may seem like a completely different cat, mysterious and expressionless.  However, his true character is a mix of those.  In reality, he is friendly and outgoing once you get to know him, yet mysterious and guarded if  you are a stranger.  Though his features may make him seem evil, the looks are not what are always inside, right? He loves and cares for his clan, and is brave and loyal.  His one exception is that he can be easily offended. When he gets mad, you better watch out! Mate to Sorrelfoot. (Tom)
Hawkfoot: Black tom. Hawkfoot is a cheerful, bouncy small tom with a good purpose but a mischievous nature about him. Though he has his ups and downs he always tries his hardest. Mate to Icenose. (Tom)
Robincloud: Very small chocolate brown tabby tom. Robincloud is thoughtful, kind, and courteous. He is often very quiet, but when he speaks, cats tend to listen. (Generalization) He has a good head on his shoulders, that's for sure. He generally knows what to do, and can usually be trusted to keep calm in a crisis; and to keep everyone else calm, too. (Tom)
_________________ 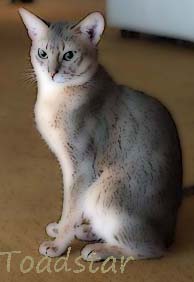