Queens and Kits of FrozenClan

Queens and Kits of FrozenClan

Queens:
Starpoppy: Black she-cat. Starpoppy is often mistaken for being a bit air-headed at first glance, but she is much more aware than others think. She loves to constantly be informed with what's going on among her clanmates as well as what goes on in the other clans. The term "nosey" fits her perfectly, so this almost always leads her to becoming quite a gossiper. Starpoppy doesn't mean to do this out of spite, though. It's just her overwhelming curiosity that drives her to become apart of situations she has no business butting in to. Parents are Molestar and Silverwing, Littermate to Lionleg, Willowblaze, Shadowtiger, and Gingerwing. (She-Cat)
Cragheart: Dark gray she-cat. Unfortunately, if you were looking for a feline with a shy and sweet personality, you have come to the wrong place. Cragheart is possibly one of the most horrifying cats you may every come across - though there is definitely more terrible beings than her, she is creepy, odd, and undeniably weird. Parents are Sandfoot and Saplingtail, Littermate to Whisperingflower, Sleeppaw, Nightpaw, and Smokepaw. Mate to Flameheart. (She-Cat)
Whisperingflower: Silver-gray she-cat. What you first must know about her is that she is ruthless. She likes to kill cats - it doesn't matter who they are or what they are, murder is her favorite hobby. Whisperingflower takes pleasure in finding different and original ways for homicide. The possibilities are endless. the worst thing about it is that it is unpredictable. It could be quick and easy or long and drawn out, painless or excruciating. Parents are Sandfoot and Saplingtail, Littermate to Cragheart, Sleepflower, Nightfern, and Smokeblaze. Mate to Firefeather. (She-Cat)
'Silverwing: White she-cat. Silverwing is an intelligent she-cat, always quick to make herself heard, and with the heartily disliked habit of sticking her nose where it's not wanted. She practically worships the warrior code, and will do most anything to uphold it. She also has a sharp tongue, and usually has a witty comeback. Mate to Willowblaze. (She-Cat) 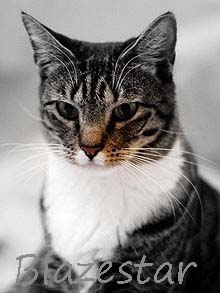