Elders:
Blizzardtail: White tabby tom with dark black stripes. If you didn't see him, or talk to him you wouldn't know he was there. He moves so delicately and his paws barely hit the ground as he lifts them up again for another step. (Tom)
Flockfur: Small dusky brown she-cat. This she-cat is generally open to everybody. Flockfur has a sense of unfailing pride in everything that she does. (She-Cat)
Sunfeather: Gray tabby tom. Sunfeather is a mischievous cat who is rather flighty and foolish. He is not neccessarily mouse-brained, but impulsive and acts before he thinks. He is a very cheerful and uplifting cat to have around the camp, and even gets along with the elders. (Tom)
Silverlight: Silver tabby she-cat. Silverlight isn't one to hate, but if you got on her bad side, she would let you know. If you did something she didn't like, she would let you know about that as well. Parent is Foxcloud, Littermate to Mistleg, Airclaw, and Flowerstorm. (She-Cat)
Wingpelt: Gray and white tom. Wingpelt has a very 'cute' personality. He's sweet, innocent, and loves to help cats! That's if you are nice to him or do what he wants. Parents are Breezepelt and Shimmertail, Littermate to Owlpaw, Webpaw, Beechpaw, and Beetlepaw. (Tom)
Amberstripe: Long-haired gray tom. I am not easily annoyed; in fact I have a very loving and kind nature. I hate fighting, but I will without hesitation attack another cat in order to protect myself and kits. I always try to stick to the warrior code but, I will follow my heart and do what I think is right above all else. I am a little shy when you first meet me, but after I get used to you for a while then I’m more open. If you stick by my side I will tell you about my dreams and personal feelings and opinions. I will stick up for what I believe in and argue until either you agree with me or your ears fall off; as long as it’s friendly and not hostile. Mate to Shadowflight. (Tom)
Breezepelt: Dark brown tabby tom. Breezepelt is a very tender-hearted cat that is willing to give his life for his clan. Mate to Shimmertail. (Tom)
_________________ 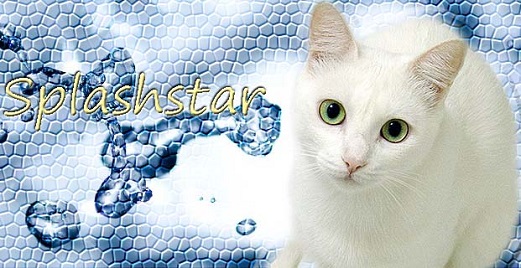