Soulscar: Brown tom. Soulscar is an arrogant cat who takes all the credit for himself. If someone else defends him, he brags about what he would've done, not even giving the other cat a single bit of credit. (Tom)
Sharpclaw: Ginger tom. Its honestly impossible to love this tom. He's very trusting and innocent, trusting pretty much everyone he meets. He really doesn't understand too much of the world. He loves attention and pranking his clanmates. Mate to Whitebird. (Tom)
Dreamfrost: Black and white tom. There's always that little need for revenge that sits in the back of his mind, building up until someone throws him over the edge. Dreamfrost passes himself off as someone who's very calm, cool, and collected, this little cat has a boiling temper that's sure to show if someone pisses him off enough. He usually chooses the physical violence route instead of using his words, seeing that he's not the most quick-witted feline in the forest. In fact, he always embarrasses himself when attempting to tell someone off. Mate to Oceanpelt. (Tom)
Clearfrost: Tortoiseshell she-cat. Clearfrost's extremely stubborn, making it easy for her to hold grudges and irritate other WindClanners. She's not extremely loyal, and sometimes considers joining a different clan just to get away from her family. She's easily angered and lashes out if someone gets on her nerves. She always is a planner, being able to create war strategies easily and plan out every step of her daytime activities. She's also claustrophobic, making her extremely afraid of tight spaces and it does make her lash out if she's trapped. (She-Cat)
Crimsonfoot: Black tom. Crimsonfoot is, in general, a very determined, skilled, hard-working cat, but with a few weaknesses. One, he can be a little, liiiittle over-protective. Okay, a lot over-protective. Two, he tends to take a few things seriously. Mate to Whitenose. (Tom)
Windstar: Large white tom with black paws. He had been striving on his own, learned survival skills and has mastered his will to live that seems to never cease. Mate to Jayfur. Deputy: Spiritclaw (Spiritstar) (Tom)
Rainscar: Dark gray she-cat. Friendly, supportive, loyal. Parents are Dreamfrost and Oceanpelt, Littermate to Oakpaw and Barkpaw. (She-Cat)
_________________
StarClan: Brighttail, Windear, Windstar
BirchPack: Palefeather 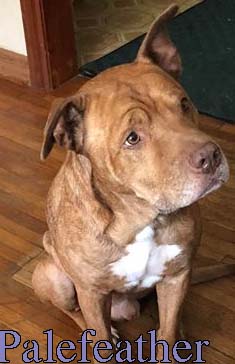