Senior Warriors:
Leopardpeak: Unusually spotted golden she-cat. Leopardpeak's mood is always changing. One moment she might be shy, the next brave. She can angered quite easily, witch is why her moods are always changing. She does often get over worked up over many things. Her mood is peaceful and she would never start a fight, but can easily become a part of one. Leopardpeak would always be kind to any cat in need. Parents are Larkstar and Brackenheart, Littermate to Moleleg and Scartail. (She-Cat)
Scartail: Solid black she-cat. Scartail is a very nice cat and likes to help whenever she can. Parents are Larkstar and Brackenheart, Littermate to Moleleg and Leopardpeak. (She-Cat)
Cinderpool: Golden she-cat with dark spots. Cinderpool of IceClan is truly evil, but a lovebird, and flirty. Most clan cats don't really like her, even if she does something nice for a change. Mate to Fogfur. (She-Cat)
Stealthflower: Brown tabby she-cat. Stealthflower is a funny and laid-back she-cat. She has little to no enemies and can make friends instantly. Parents are Silentstar and Icepelt, Littermate to Deersnow, Nutfur, Mooseface, Deathtail, and Koisky. (She-Cat)
Streamleopard: Silver and black tabby she-cat. Streamleopard is mostly one of the clam, quiet, and shy cats that all clans have. But she can also be friendly, talkative, and very hyper at times. Parents are Shadedstar and Firedawn. (She-Cat)
Adderheart: Pale gray tabby she-cat. Adderheart is a cat who likes being on her own. Parents are Fogfur and Cinderpool, Littermate to Nipmoon, Dovepelt, Aquapaw, and Dewpaw. (She-Cat)
Nipmoon: Dark brown she-cat with white patches. Nipmoon is very gentle, caring and kind, but when she is tense, she can get agitated and very annoyed. She is a peaceful person, and would prefer not to fight, but she isn't afraid to unsheathe her claws and battle. She is loyal to her clan, and to StarClan, and she is very devoted to the Warrior code. She always cleans her own nest and doesn't let the apprentices do it, but isn't a clean freak. Parents are Fogfur and Cinderpool, Littermate to Adderheart, Dovepelt, Aquastorm, and Dewpaw. (She-Cat)
Dovepelt: Creamy-white she-cat. Very enthusiastic, hyper, and happy. It is very hard to make her sad or make her frown. She is always happy and always looks at the brighter sides of things. She is careless of everything except her friends, family, and Clan. She always acts like a kit, running around crazily, chasing butterflies, and causing trouble. Not very many things bother her. She hates hurting anything or being rude or disrespectful. Battle is not one of her things, but she is loyal to her Clan til the very end. She is easily distracted, pretty clumsy at times, and it is pretty much impossible to keep her quiet or still for long. Parents are Fogfur and Cinderpool, Littermate to Adderheart, Nipmoon, Aquastorm, and Dewberry. (She-Cat)
Aquastorm: White she-cat. Aquastorm is shy and quiet, preferring to stay in the shadows and listen when other cats are speaking. She is usually timid, but will always stick to her side when making decisions that will benefit the clan. She doesn't speak unless necessary, and thinks over what she says many times, making sure it's logical. Aquastorm isn't very confident, and so, always doubts herself, always checking over anything she does thinking she made a mistake. She is very good at keeping silent and unnoticed, an so can make a good spy and ambusher. Aquastorm is fiercely loyal to her clan, and though timid in IceClan, is a cat who will speak her mind and defend her clan while with others. Parents are Fogfur and Cinderpool, Littermate to Adderheart, Nipmoon, Dovepelt, and Dewberry. (She-Cat)
Dewberry: Blue tabby she-cat. Dewberry is very bad-tempered, she is very serious and very aggressive. Over the years, she developed a love for killing. She is loyal, but not caring and Dewberry is very messy. She isn't shy. She never is afraid to give an opinion in front of any cat- even her leader. Parents are Fogfur and Cinderpool, Littermate to Adderheart, Nipmoon, Dovepelt, and Aquastorm. (She-Cat)
Grayfur: Dark gray tom. Grayfur is very contradictory in terms of personality. Mate to Bubblecloud. (Tom)
Longheart: Ginger and white tabby she-cat. Longheart will kill almost any cat that gets in the way of her ambitions. She is as evil as can be. Mate to Frostsong. (She-Cat)
Flaxfur: Pale gray she-cat. Now don't start calling Flaxfur a wimp, because she may seem that way at first glance. Parents are Frostsong and Longheart, Littermate to Harrierkit. (She-Cat)
Whiteleap: Pale gray she-cat. Whiteleap can get angered without much trouble. Most of the time, though, she learns to hold it in. Parents are Blazestar and Specklesun, Littermate to Thrushfur, Bluepaw, Archcloud, Heatherwillow, and Hailpaw. (She-Cat)
Adderclaw: Mottled brown tabby she-cat. She is almost always in an energetic and playful mood, and her rambunctious personality often makes it easier to make new friends.  But she can be very cheeky at times and sometimes doesn't think about what she's saying and who she's saying it to. Adderclaw is strong-minded and is capable of standing up for herself and others, verbally and physically.  However this can be a downside in battle, as she often takes on much larger opponents than she should, resulting in her getting badly injured. Parents are Brokenstar and Berryflight, Littermate to Fallowstorm. (She-Cat)


Warriors:
Appleflight: Golden tabby tom. This tom is the first voice you'll hear in a crowd and the last in an argument. He's bold, outspoken and rather a challenge to get along with - that is, unless one has learned to tread softly around him. He has a short fuse and is quick to voice his opinions. This isn't because Appleflight wants to fight (though he always loves a good challenge and is generally competitive) it's just the way Appleflight is. Surprisingly this tom is very affectionate and friendly. He does well working with other cats as well as on his own and enjoys rough-housing with anyone who can keep up with him. There is more than meets the eye to this cat. Scratch beneath the surface of his personality - he dares you. Parents are Onestar and Whiteleap, Littermate to Frostkit and Lightfeather. (Tom)
Lightfeather: Black she-cat. Her short fuse and silver tongue as well as her tendency to put her paw in her mouth are all apparent weaknesses. She can also be cutting, aggressive and judgmental. Parents are Onestar and Whiteleap, Littermate to Appleflight and Frostkit. (She-Cat)
Sunshadow: Black tom. Demiromantic asexual. (Tom)
Tornear: Black tabby tom. Chaotic neutral , strong personal moral code. (Tom) 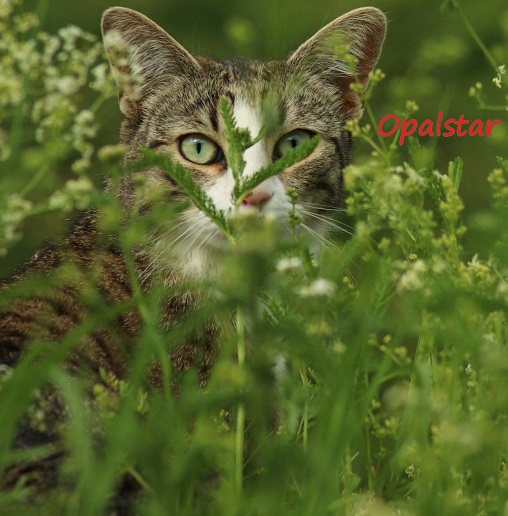