Senior Warriors:
Scarhorse: Dark brown tom. He is kind and curious. He looks everywhere he can for a good laugh. He has an unusual lack of cautiousness. Mate to Cloudfawn. (Tom)
Lilaclightning: Black and white tom. Lilaclightning is a very kind and caring tom that loves to play and hunt with his clan. Though he has a mellow temper and isn't easy to upset, he can get short and cross when worried or scared. Lilaclightning is a peaceful cat, and is keen to avoid battles. He will carefully assess the situation to see whether a fight is necessary or not, but if his leader orders him to fight, he will without hesitation. Lilaclightning is a loyal and devoted Clan member and follows his leader and lets the warrior code rule his heart. He knows when to follow the code and when to break it, but will always hesitate a moment before breaking the code. Mate to Sunsetriver. (Tom)
Mousewing: Gray tabby tom. Mousewing is an easy-going cat and would protect his clan with his life. Mate to Oakwing. (Tom)
Mudsun: Pale ginger she-cat. Mudsun is a fairly laid back cat. Mate to Breezestar. (She-Cat)
Silentmoon: Gray and white she-cat. Silentmoon is not afraid to fight or to break the warrior code if it will help another cat.  She can be rather rebellious, but she is extremely loyal to her friends. She's also unafraid of accepting that she does make mistakes, and understands the consequences of her actions. Mate to Galebracken. (She-Cat)
Dawnpool: Red tom. One of Dawnpool's weaknesses is verbal fights. Although he could insult someone within his mind, he could not bring himself to say such things aloud. Another one of his weaknesses is that he basically allows those around her to walk all over him. Parents are Breezestar and Mudsun, Littermate to Weedpaw, Muddypetal, Violetstar, Honeylight, and Amethystcloud. Mate to Shadowswoop. (Tom)
Fireplum: Dark ginger tabby tom. To start off I'm a perfectionist. This is key to basically most of my personality. I have to have everything perfect. Nothing out of place. Everything has to be just right or I get upset about it. Parents are Galebracken and Silentmoon, Littermate to Shadowswoop. Mate to Honeylight. (Tom)
Cloudfawn: Dusty brown she-cat. Cloudfawn is very ambitious and determined. She isn't afraid to say what's on her mind, but she will sugarcoat it sometimes so not to offend or anger others. She has a short attention span, and likes to take the lead a lot. She is very loyal, but will sometimes not listen and do what she thinks is right. When she is tired, she stumbles over her paws a lot and will say random things. Cloudfawn gets cranky easily when she's tired and will snap for no reason. Mate to Scarhorse. (She-Cat)
Fishfur: Dusty brown tom. Always optimistic, Fishfur tries to find the best in even the worst of situations. He's bubbly and fun, sometimes to the point of being hyper. It can be hard for him to focus on one thing at a time, and even harder to get him to focus on the same thing for an extended period of time. Those who have tried to keep him still have eventually given up, because even when he's sitting or lying down he'll be twitching his tail, or his legs, or his ears, or his nose. He always has to be moving. He likes to make jokes to help ease the tension in a bad situation, but is careful not to be rude with his jokes. He's a nice and friendly cat, but not the best listener. It's best not to come to Fishfur with a problem, unless you're willing to listen to jokes. Parents are Scarhorse and Cloudfawn, Littermate to Flicktail, Swiftspider, Blueheart, Doveleaf, and Burningsong. Mate to Amethystcloud. (Tom)
Swiftspider: Black tom. Swiftspider is an outspoken, hot-tempered cat, full of spirit and sass. He is unafraid to speak his rebellious mind, and doesn’t mind the consequences. Parents are Scarhorse and Cloudfawn, Littermate to Flicktail, Fishfur, Blueheart, Doveleaf, and Burningsong. Mate to Dreamheart. (Tom)
Burningsong: Ginger tabby tom. Burningsong can't stand the feeling of swamp mud under his paws. Parents are Scarhorse and Cloudfawn, Littermate to Flicktail, Fishfur, Swiftspider, Blueheart, and Doveleaf. Mate to Heatherfircone. (Tom)
Sunsetriver: Tortoiseshell she-cat. Sunsetriver is very kind to almost all cats, but can be very hostile towards loners and kittypets. Mate to Lilaclightning. (She-Cat)
Spiderfeather: Black tom with brown underbelly. Spiderfeather is kind of an airhead. He's very kind, and bubbly, sometimes irritating, but he's insanely unintelligent, and has no fighting skill whatsoever. Parents are Lilaclightning and Sunsetriver, Littermate to Tawnyeye. Mate to Flicktail. (Tom)
Bluemoon: White she-cat. Bluemoon is usually a shy, quiet she-cat, but if you earn her trust, you'll never meet a more friendly she-cat. She judges nobody and tolerates everyone, and even makes attempts to friend her enemies, although sometimes she doesn't have much luck. Bluemoon is very wise, and sometimes has others coming to her and asking for her opinion of what they should do in their multiple situations. The most frequent question she is asked is usually by a tom, with more than one she-cat who likes him, asking who he should pick, but she always says, "Follow your heart." Mate to Shadeleap. (She-Cat)
Ashfeather: Wiry brown she-cat. Ashfeather is a happy but somewhat shy she-cat. Mate to Violetstar. (She-Cat) 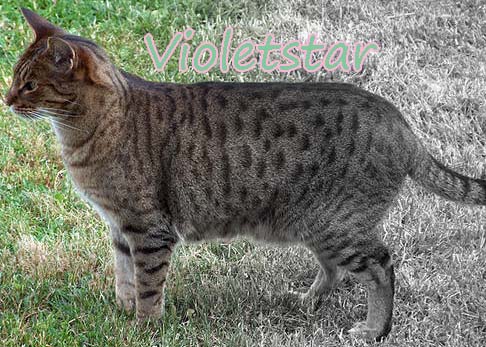